Modern Uses of the Metal Detectors

Metal detectors are electronic devices designed specially to detect the metal objects present nearby. They can be used for the detection of various metals such as iron, copper, tin, lead, gold, nickel, brass, bronze, silver, aluminum and many others. They are used primarily for security purposes, but also for many other useful purposes The metal detectors were originally designed to detect and locate the objects left behind by the explorers.

Treasure hunters and archaeologists used them to find valuable metallicitems buried underground and like bullets, coins, jewelry and historical relics. During the World War II, they were also used to check and clear the battle areas from minefields. In the initial years, they were only used by military and large organizations because of large size and massive production and operational costs. But, after various refinements and a considerable reduction in the size and cost of production due to the invention of the transistor, the demand of metal detectors increased immensely during the last few decades of the 20th century.

In the modern world, metal detectors are completely automated, equipped with many new functions. 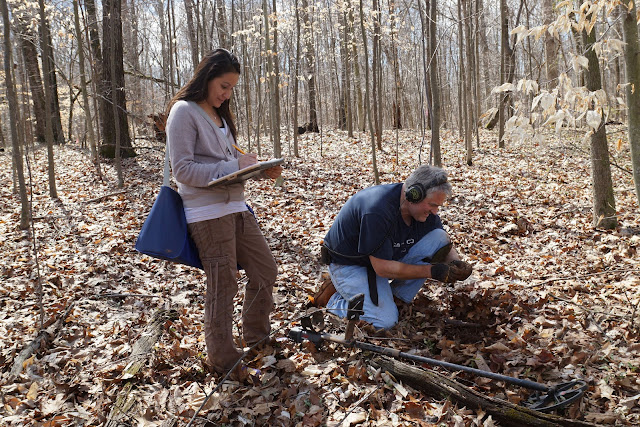 Modern metal detectors can differentiate one metal from other. They can detect much deeper objects than they could do ever before. They are lighter, cheaper and better, and they use much less power than thy use to do before.

How do metal detectors workhorse you ever wondered how these simple devices detect the presence and position metal objects? Well, they work on a simple principle, known as “electromagnetic induction." This principle states that when current passes through a metallic object, it produces magnetic characteristics in that object. If another piece of metal comes near the first one, it also gets magnetized. In the result of that magnetism, This produces a magnetic field that is detected by the metal detector. The most important part of a metal detector is transmitter coil which is a simple metallic wire. When the current moves through this coil, it starts acting as a magnet. Whenever this magnetic coil runs over another metal, it induces or creates a distortion in the electrons of that metal due to which that metal also starts acting like a magnet. The transmitter coil detects this magnetism and transmits it to another coil, referred to as the receiver coil. The receiver coil is connected to a buzzer that buzzes to warn us about the presence of metal. The nearer is the matter; the stronger will be the magnetic field; and, thus, the louder will be sound.


Modern Uses of the Metal Detectors As modern metal detectors are portable and easy to use, they are being used in various practical fields of life. For Example, engineers used them for the detection of hidden bars and wires inside the walls and pillars. In addition to that, they are also being used in archaeology as well as in a number of modern industries like food, beverage, textile, pharmaceutical, lumber, garment, plastics, mining, packaging and chemicals to detect and remove the metallic adulteration. But the most important use of metal detectors is for security purposes on important places like airports, police stations, and schools Metal detectors can also be used for personal purposes like finding lost valuable metallic objects or electronic devices. Many people choose metal detection as a hobby for activities like coin shooting, prospecting, and beach combing.

Popular posts from this blog

The best time to go metal detecting is on the beach after a storm. The storm's angry, churning waves help to break loose a lot of treasures from the sandy bottom and wash them up for deposit along the beach and shoreline. Many nice nuggets and terrific treasures can be found after such weather events. Just be sure to steer clear of any storm debris so that you don't get injured. If the area is roped off, please heed the warning signage and stay out of those places. If you don't, you could be facing some hefty fines and/or injury. They've probably got it roped off for a very good reason.

When you are shopping for a good Metal detector, you might seem to be spoil for choice especially if you are doing it for the first time. Metal detectors come in a wide array, and it might seem somewhat confusing as to which Metal detector is suitable for your child or a beginner with Metal detectors. A Metal detector is a great way to get your kids outside to play and introduce them to an entirely new world of buried treasures and get them off the pesky computer and video games that keep them all cooped up in the house. This is where the Bounty Hunter QD2 Quick Draw II Metal Detector comes into play.

The Bounty Hunter QD2 Quick Draw II Metal Detector is one such Metal detector that is compatible with children and amateurs. When you want to instill the passion of coin collection in your child, there is no better way to do it than by getting this top of the line yet cheap device that comes with some incredible features that will impress you This Bounty Hunter QD2 Quick Draw II Metal D…
Post a Comment
Read more

Summer is almost nearing and with it comes the holidays. Many families, students, and professionals often plan trips for a weekend getaway at the beach. It's a perfect place to cool down in the midst of the summer heat and even get a tan. The onslaught of vacationers often leaves beaches crowded with lots of stuff getting lost in the sand or in the water ranging from valuable jewelry to common place knickknacks.

Have you had ever strolled along a sea shore and chanced Upon a lost piece of earring?

Lost items on the beach are sometimes actually “treasures” by treasure we mean it has some monetary value for exchange.

But such items are often difficult to find especially if they've been left on the sand or in the water for a long time. This is where metal detecting comes in for beach combing. if you are a beginner and you are interested in learning about metal detectors for beaches and what things to consider when buying one, then read on to find the perfect beach combing partner …
3 comments
Read more